Everything ages. As equipment and facilities reach the limits of their useful life, some companies will opt to do more than replace and update: they use it as an opportunity to expand. With the right information on the inner workings of the building, an expansion seems simple enough. Like everything aging, however, the earth is always shifting, and even subtle changes can have huge impacts on any expansion project. To make sure we have a complete picture of the conditions, we use various land surveying techniques to gather data on the land and any changes that have occurred. This data factors into design and construction, ensuring the new (or reconstructed) sections match the existing facility. One of these techniques is line leveling. 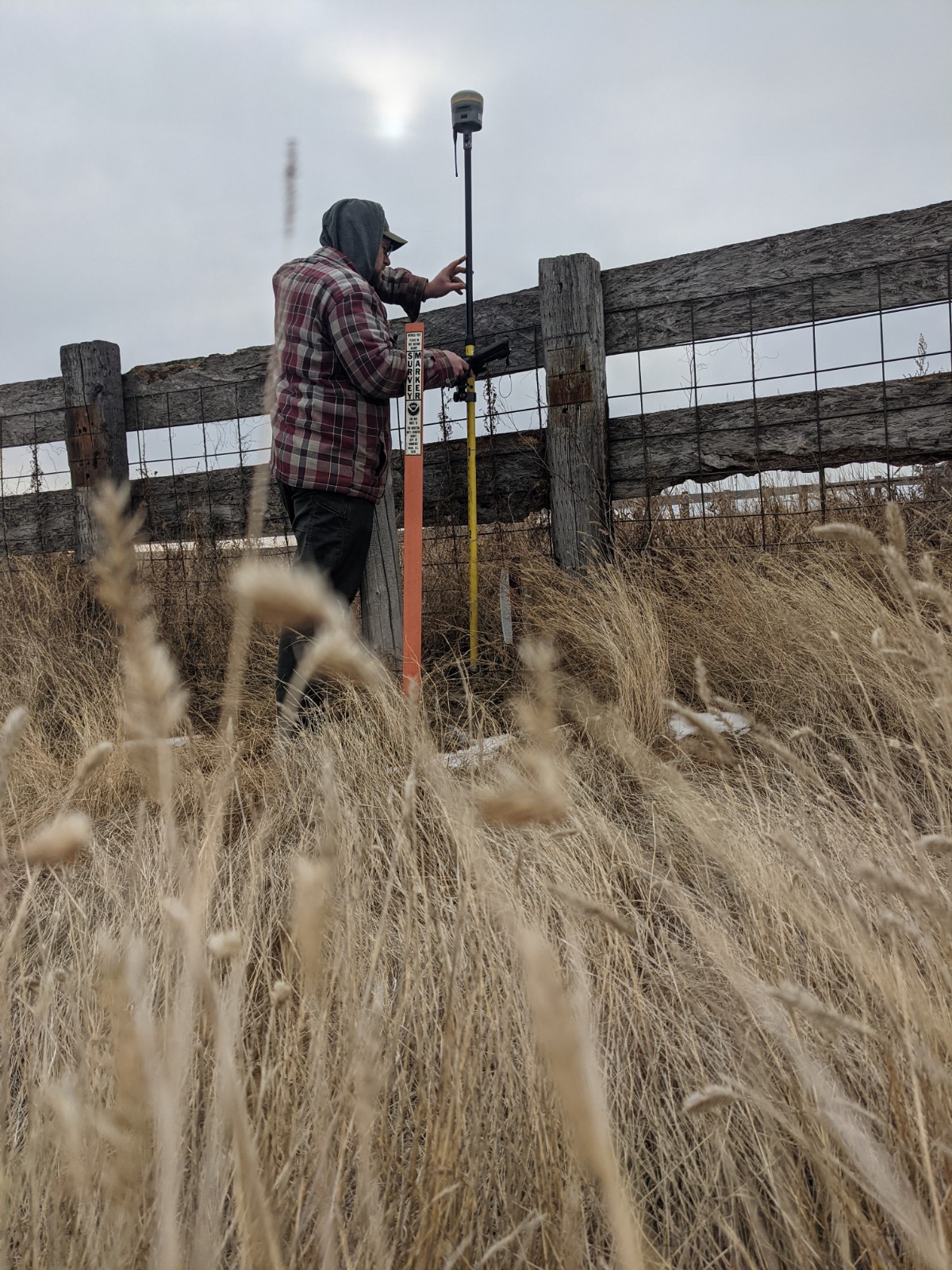 Line Leveling is a simple but essential part of surveying and engineering. It starts with finding fixed metal anchors in the earth known as National Geodetic Survey (NGS) monuments. Monuments are cataloged in the NGS database as a single point for all past, present, and future survey data. When surveying, we use a level and grading rod to create a level loop, which is a series of elevations collected by leap-frogging from point to point until we return to the original spot, collecting data along the way. From there, we “check in” to determine if the level loop data is within tolerance and run additional calculations to adjust for any errors that occurred throughout the process. The result is accurate elevation data for the surveyed area, which is critical for design and construction. 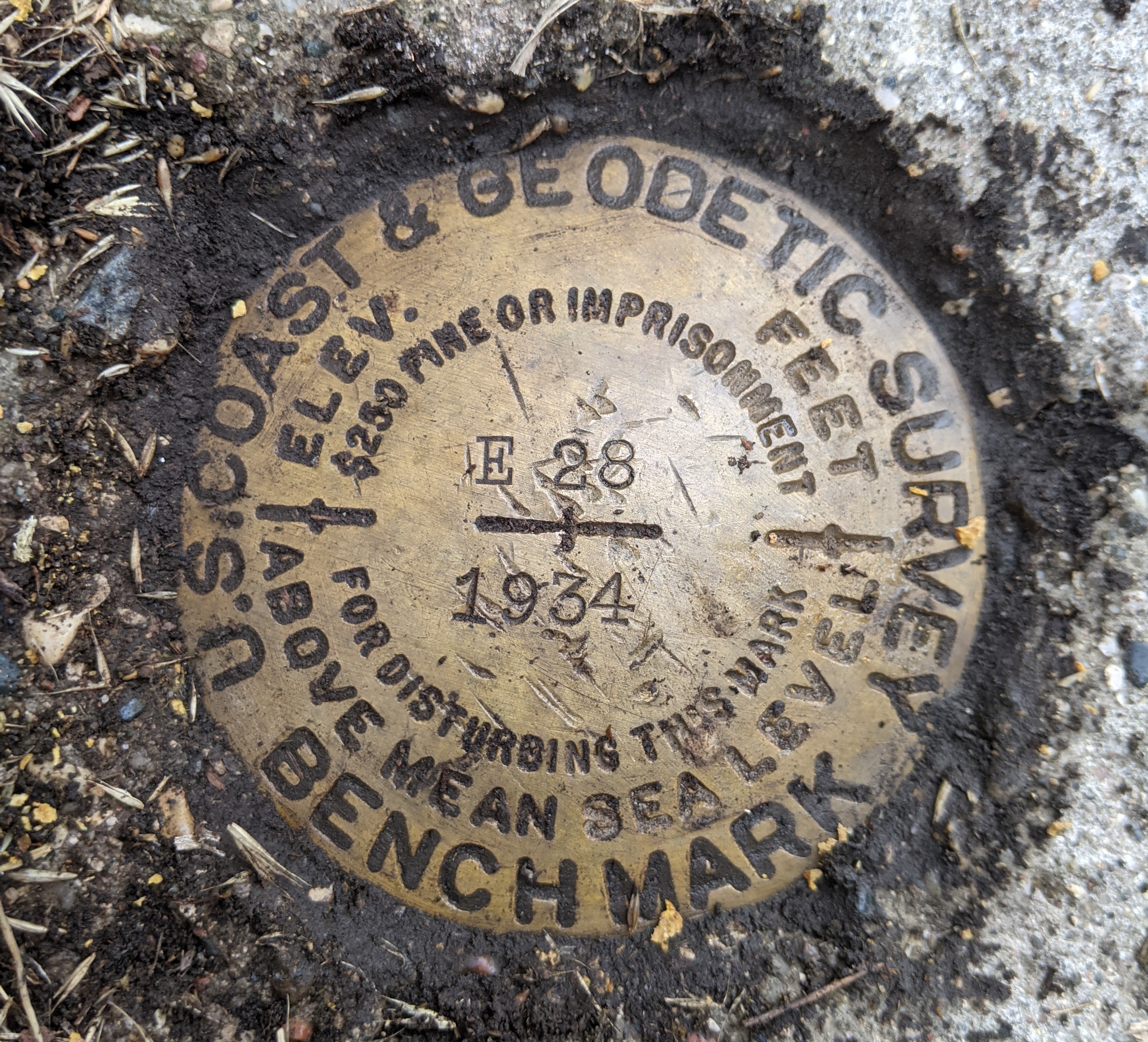 As an example, we are working with WEB Water on a project to expand a facility. This particular facility presents unique challenges, as it has plan sets spanning across multiple decades which use varying data points. In Surveying, these data points are known individually as Vertical Datum: they serve as a point of zero elevation that we use to determine the elevation of other points in the surveyed area. Since the earth is always moving and undulating, a vertical datum can change over time. Beyond that, each plan set through the years used a different vertical datum.

We set to work, obtaining accurate elevations of important features like tanks and finished floors using a new vertical datum. From there, the design team will be able to compare elevation data from the previous plans with current elevation data, designing an expansion that can seamlessly incorporate with the existing buildings. 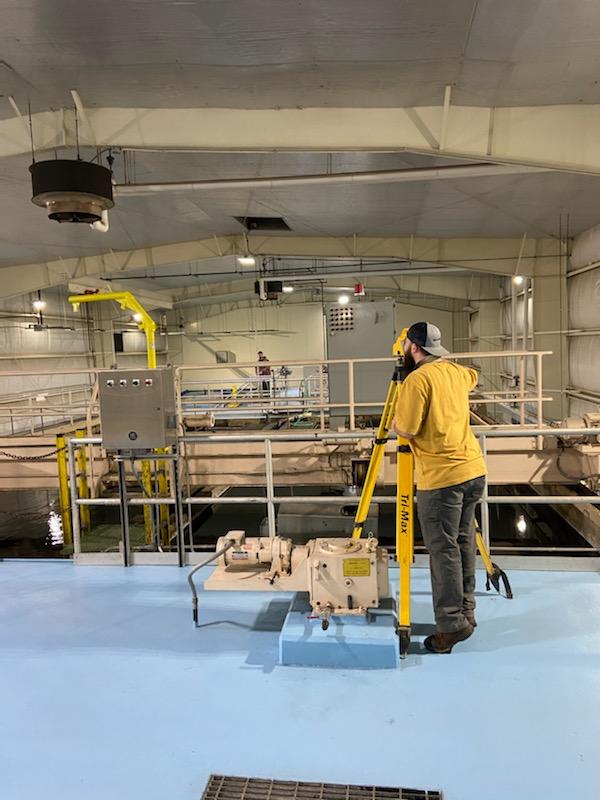 Iowa Segment 3: Water for the Iowa members of Lewis & Clark

The Lewis & Clark Regional Water System Iowa Treated Water Pipeline – Segment 3 is the last Segment of pipe construction that needs to be completed to allow water to be delivered to the Iowa members of Lewis & Clark (Sioux Center, Hull and Sheldon). Iowa Segment 3 is just 1 of 3 projects being constructed by the same Contractor between Beresford SD and Sioux Center IA. Total length of all three projects is 33.45 miles to install a 24-inch diameter pipe to transmit treated drinking water. The Iowa 3 project itself is 12.59 miles. When finished the pipeline will ultimately deliver 3.75 million gallons of water per day to the Iowa members. 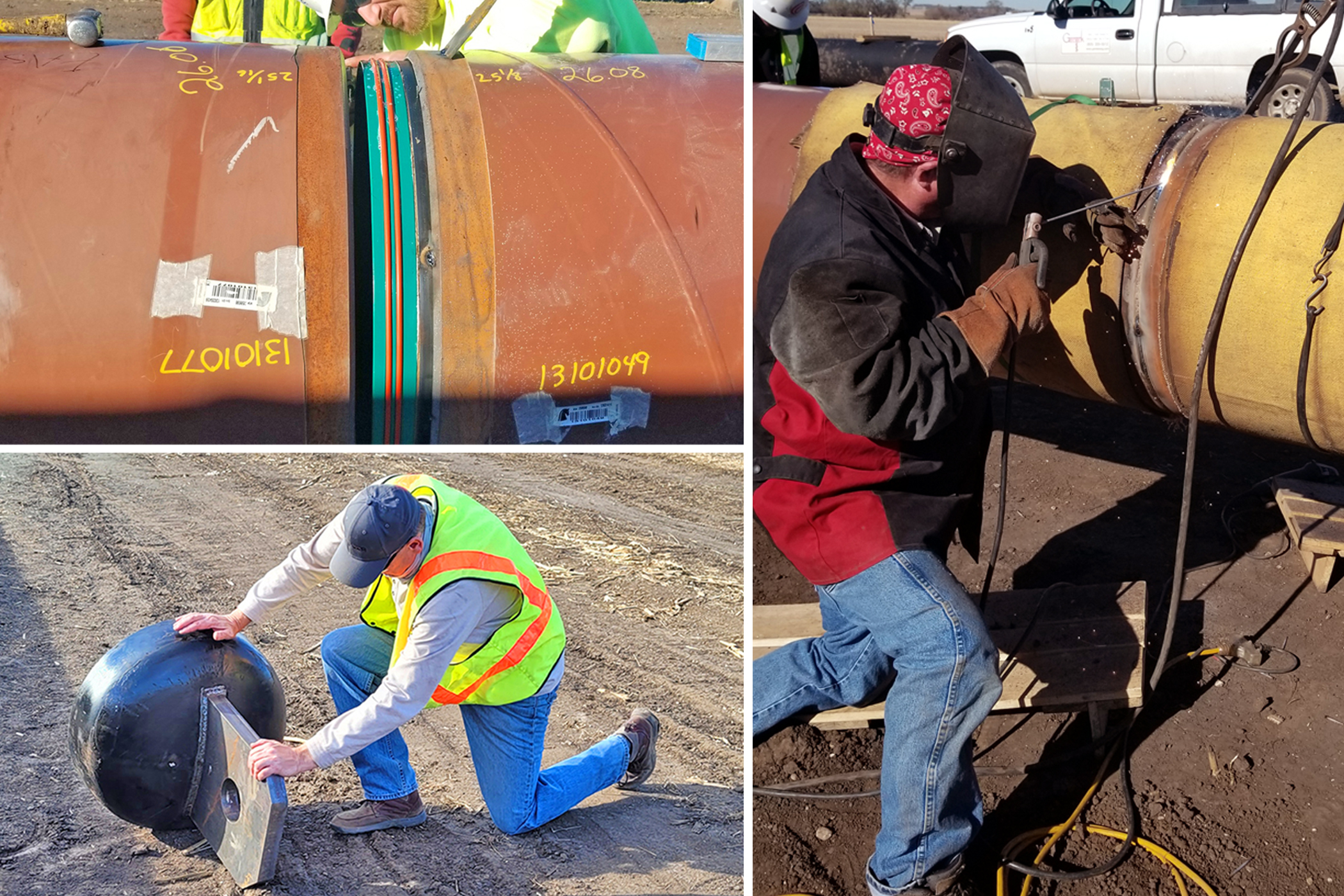 Top Left: Assembling a joint of the 24-inch diameter bore pipe prior to welding. In order to protect the pipes internal lining during the welding process a unique coupling was utilized to protect the girth weld from corrosion. Bottom Left: This pull head will be welded to the 24-inch diameter bore pipe to allow connection of a drill stem for pulling the pipe under the Big Sioux River.

The Segment 12 project started at Beresford, SD, and consisted of 9.67 miles of 24-inch diameter PVC pipe. The Iowa Segment 2 project started at Sioux Center and went west and is 11.19 miles of 24-inch diameter PVC pipe. The pipe pressures are higher at the Big Sioux River valley, requiring the Iowa Segment 3 project to be either ductile iron pipe or steel pipe. The contractor chose to use a ductile iron pipe for most all of Iowa Segment 3 and utilized a welded steel pipe to cross under the Big Sioux River.

The Big Sioux River defines the boundary between South Dakota and Iowa and flows past the communities of Sioux Falls, and Hudson, SD and Hawarden, IA.  It also collects the Rock River which flows from Luverne, MN. 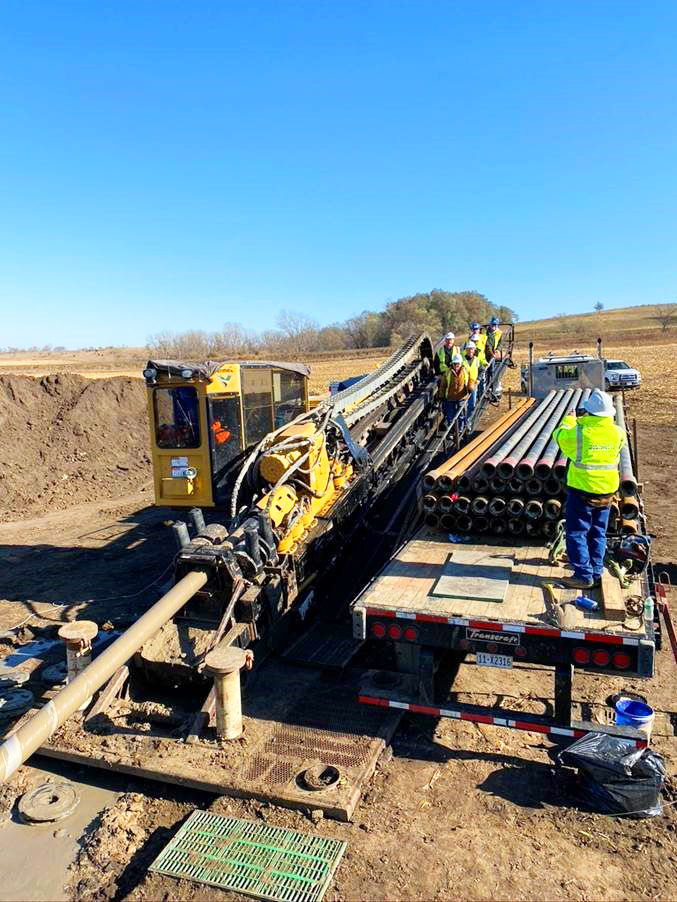 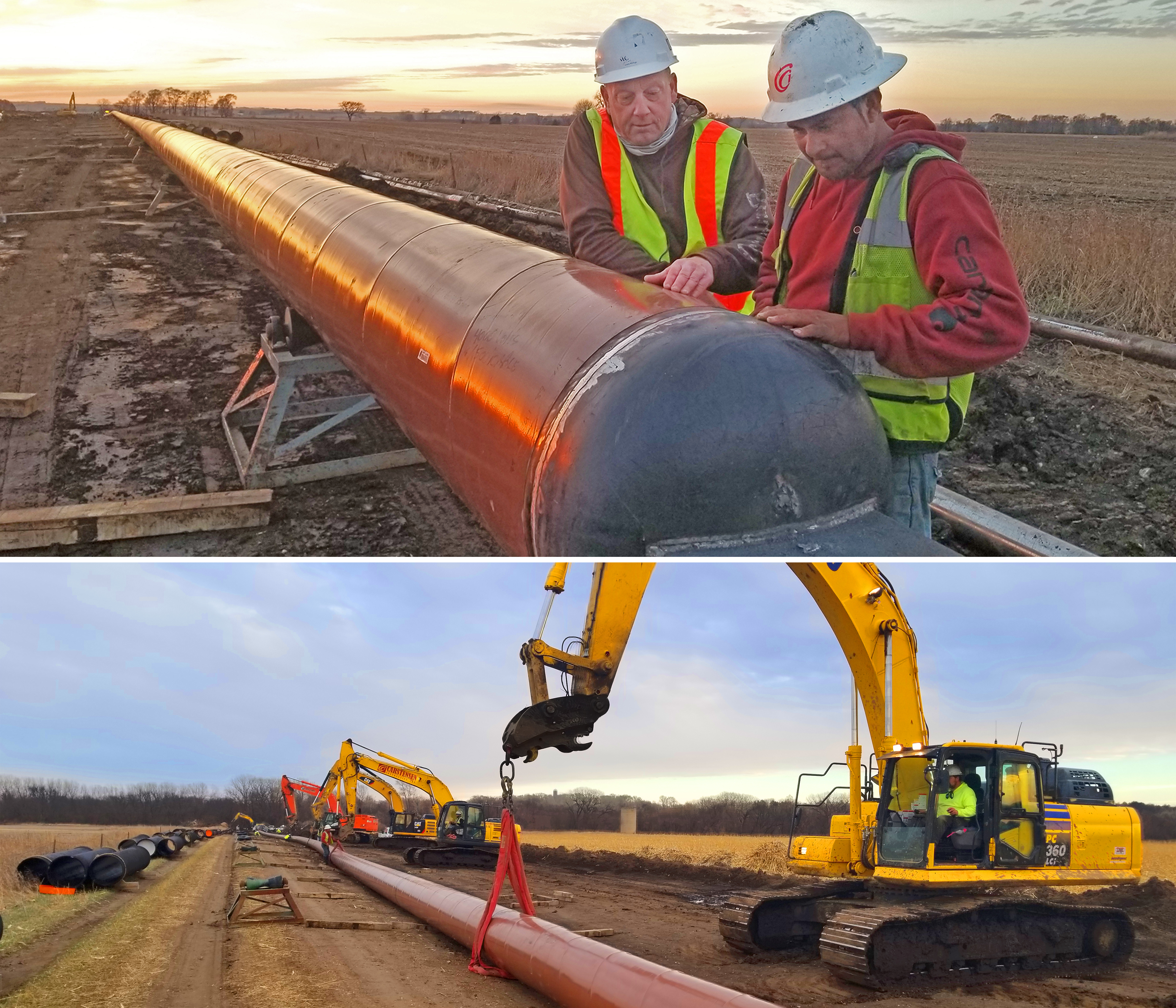 Top: Banner Associates Sr. Project Manager Scott Vander Meulen and a representative from the contractor review the directional drilling pulling head after it has been welded on the 24-inch diameter pipe. Protective coatings will be applied to the welded joint before the pipe gets pulled under the Big Sioux River. Scott has been involved in the planning, design and project management of this Segment of L&C for several years. Bottom: The contractor is moving the 1700 foot long steel pipe into position so that it can be connected to the drill stem.

In order to serve the L&C members of Hull, Sheldon and Sioux Center, IA, a pipe had to be constructed across or “under” the Big Sioux River. To install the pipe across the Big Sioux River the Contractor utilized a construction method known as Horizontal Directional Drilling or HDD. A pipe stem is drilled or advanced under the river from the Iowa side and once it emerges on the South Dakota side a larger reamer (drill bit) is attached to the stem and pulled back so that the bore hole is reamed to a larger diameter bore hole. Eventually the hole is reamed to a 36-inch diameter and large enough to allow the 24-inch water pipe to be pulled through the bore hole via the drill stem which is attached to the boring machine on the Iowa side. 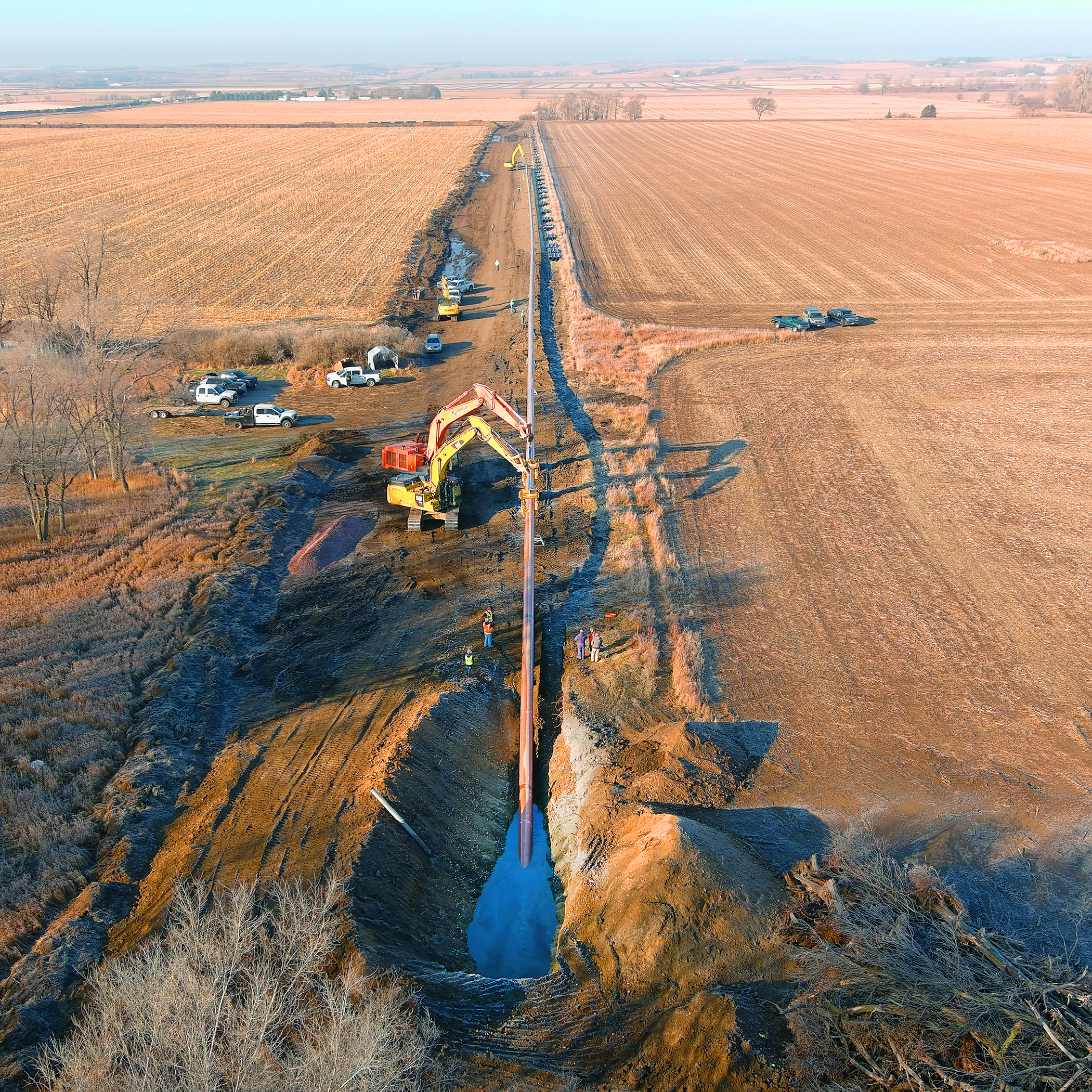